“Each rereading of this narrative delights me more.” – Pleasant Living Magazine

“Masterfully depicts life on and around the Chesapeake.” – Currents

“As tough and genuine as a waterman’s palm, these rhythms are the sway of boats on tide waters, wind, straining ropes, and snapping sails.” –Ghent Magazine

“A powerful introduction to those who do not know the Bay – a delightful reminder for those who do.” – Eastern Shore News

A poet of international renown, Robert P. Arthur is a virtuoso practitioner of a wide variety of forms. His work displays an acute feel for drama and a vivid sense of place. This collection includes the best of hundreds of individual poems written by Arthur over a forty‑year career, including The Arrow, The Poetess of Blue Streak Grill, and many more. Also, poems in series, including Vija’s War and Crazy Horse’s Woman. Emotionally and intellectually charged monologues portray such diverse characters as disillusioned Jamestown settlers, Crazy Horse’s death‑obsessed lover, a Latvian child caught up in the chaos of World War II, Appalachian snake handlers, Chesapeake Bay watermen, and painter Vincent van Gogh, as well as the voice(s) of Arthur himself.

These works immortalize a doomed natural world of grief, joy, and unparalleled beauty. Both accessible and lyrical, they’ll delight and move both poetry lovers and those who never thought poetry was for them.  “This is the hour/Of keenest memory/The invisible shore/Shudders/In impossible thunder….”   Available now!

This first-ever collection includes the best of Robert P. Arthur’s hundreds of poems written over a forty-year career. They include “The Arrow”, “Wikipedia”, “The Poetess of Blue Streak Grill”, “Cattle Sleeping” (or “Sleeping Cattle”), “Appearances”, “Sunday Seizures”, and poems in series: Vija’s War, and Crazy Horse’s Woman.

Arthur’s poems focusing on place have been podcast from San Francisco and his poem/plays produced on stage in Virginia, Maryland, Washington D.C., Pennsylvania, New York City, and St. Petersburg, Russia. 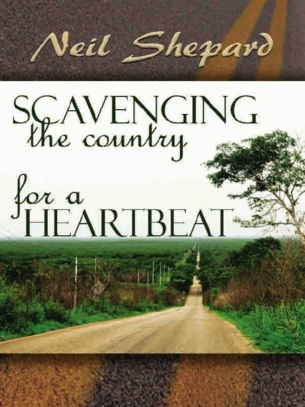 Scavenging the Country for a Heartbeat

“This is a poetry that can accommodate huge distances: prairie landscapes, the lush silences of the Atchafalaya swamp, the peculiarly American loneliness of a Midwestern campground by the side of the interstate … The pleasure of these poems is that their music both delineates and bridges the distances they evoke.” — Mark Doty

“There is a solid maturity about these poems that belies the fact that this is a first book. Shepard is, in fact, solidly mature, both in person and in craft… His special gift is the expansive narrative of image, a sort of hybrid of true narrative with emotionally crisp, almost lyric snapshots. There is both a pleasing directness and a pleasant musicality about Shepard’s work.” — Booklist

Scavenging the Country for a Heartbeat takes readers from the Maine coast to the Pacific Northwest, from Vermont to the Florida Keys, from the Louisiana swamps to the plains of Kansas and Nebraska. Guided by his belief that “what is missing/makes memory whole,” Neil Shepard revisits landscapes marred by conflict and compromise. What he discovers is solace and the possibility of transcendence. As a collection these poems detail an emotional evolution — a spiritual transformation — in which progress is measured in “the distances still stretching away.”